The Many Unseen Pages of World Building 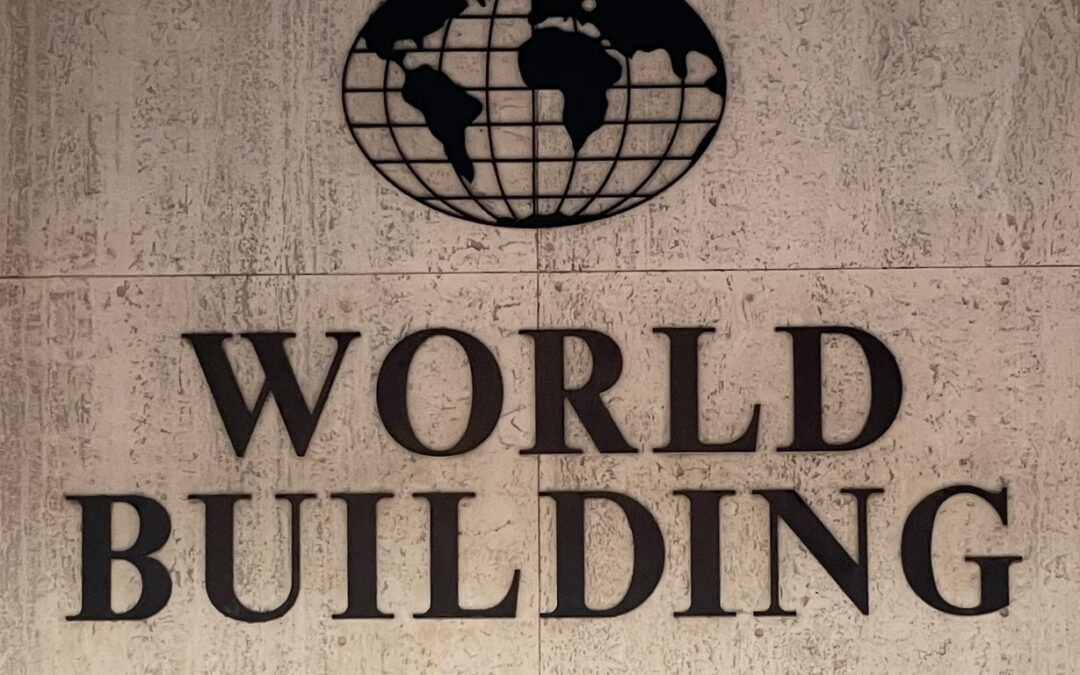 I will readily admit to being very inconsistent in the way I build worlds for my stories. Often, I simply follow the characters along and hope some kind of logical, compelling sense of place starts to magically coalesce around them. This usually means far more work down the road, but it lets my stupid, stubborn brain chase the shiny objects (plot! character! action!) for a while before I ask it to settle down and focus on the hard stuff. For shorter pieces, where the characters don’t really know much about the world themselves, or for stories that take place in familiar environs for the reader, this approach can actually be enough. The rough sketched feel of the setting around the characters can bring them into focus, and the shrugging off of the grind of world building can let the writing feel fresher and more alive.

Alas, this is not always true. It probably isn’t even usually true.

My current project is a single thread of story. It is a first person narrative that only sees that thin sliver of life a single person is ever capable of understanding. However, the thread passes through a vast world populated with myriad characters, and all of the places and people have to make sense in the context of those around them. The main character’s story has to ride the current of history even as it seeks, in its own small way, to steer it. The settings and conditions of each scene need to have a consistent logic and there must be continuity in the larger timeline. Ugh.

So, I am taking a far more front-laden approach to world building this time around. I am drawing maps and writing histories. I am inventing religions, customs and currencies. I am diving into politics and international relations while juggling the impacts of economics and technology. The pages of notes and quotes, outlines and designs, cartographical inventions and philosophical mutterings are piling up, and I am adding bits and pieces every day. There is definitely a place taking shape but it constantly fractures and needs repair. Every new idea is a possible conflict to be resolved, and every addition to the map is another relationship in a growing web.

Will it be worth the effort?

When I am finished (or as finished as it is ever possible to be), my character will walk through places that feel real and complete, and when I add new people they will have niches to fill and cultural cues to guide their actions, speech and manner. The current holes in the plot will at least have a foundation where connections can be built, and hopefully the place will help to drive the story.

But, even so… no one will ever read any of it.

World building is an iceberg effort. Only the smallest part is visible to the reader. The bulk of the work that supports the story is hidden beneath the waves. And, characters are unpredictable even to the person writing them. They may decide to never visit the city that was painstakingly constructed or stop in at the temple of the carefully conceived religious sect. The story, despite all the writer’s efforts, might steer off the edges of the best of maps and wander into the undefined wilderness.

All of that is okay. I finally learned this lesson when I was asked to DM a TTRPG for my brothers during the pandemic. So little of the work I had to do to prepare for that game each week actually got used. The players chased false leads into undefined corners following motivations I couldn’t possibly have predicted and bypassed my storylines, npcs and maps, but because I had done the work, I didn’t lose them. The world still wrapped its arms around them and the effort paid off.

So, I will plug away at the unseen pages and hope it does the same for my book’s character, and maybe if all goes really well, I can squeeze a few more stories out of this world in the year to come.